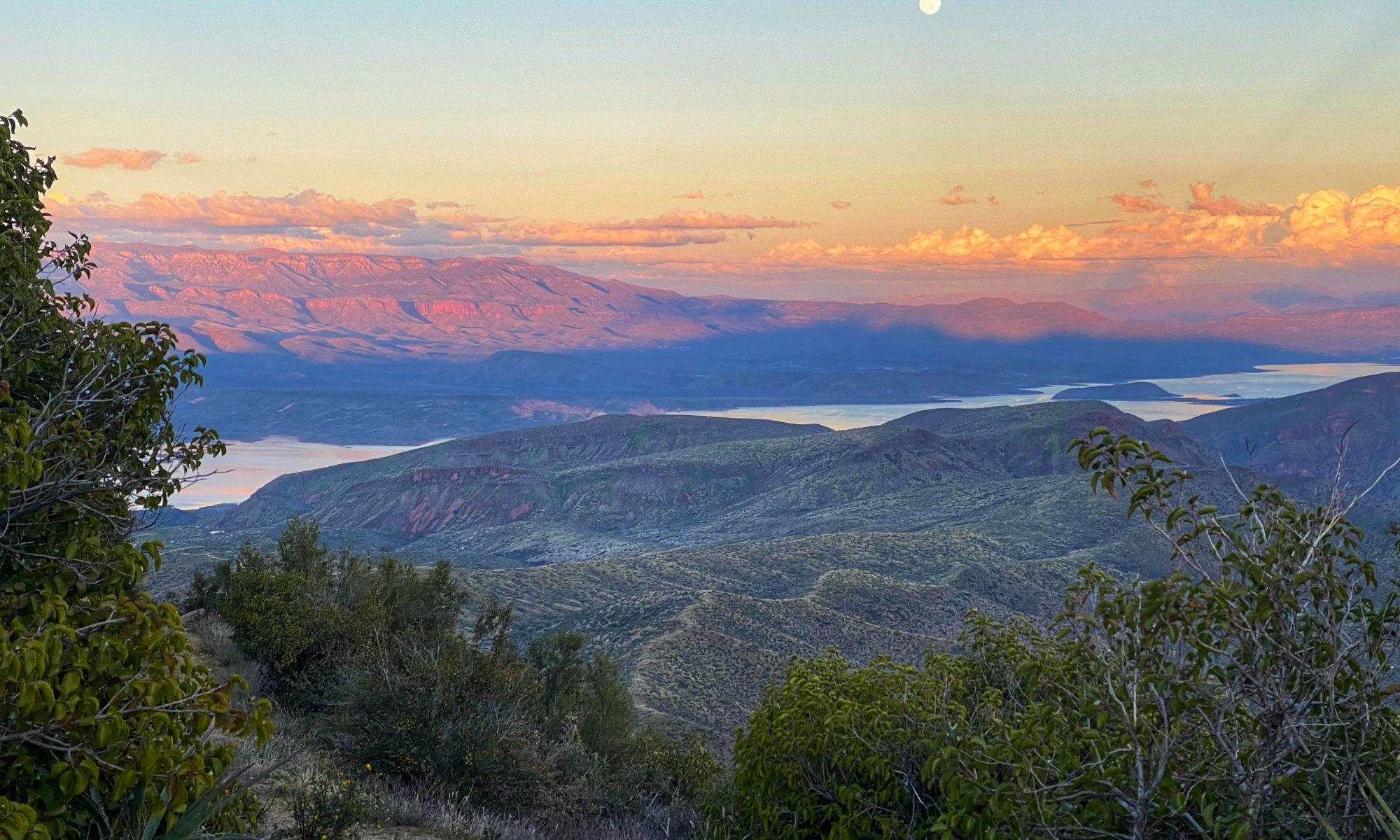 I woke up in the narrow, sandy pit I squeezed my tent into last night, and started a scramble through wash until I reached my resupply and breakfast destination of Lake Roosevelt.

The Lake Roosevelt Marina has a reputation for not being super friendly to hikers, but the gal that retrieved my resupply box was nice enough and they offered a picnic area with a hiker box, charging station and a picnic table. The waitresses in the restaurant were slow as molasses and I finally had to ask to be seated, but to be fair, I looked (and probably smelled) a tad destitute. Breakfast was good, and I left a big tip with the hope that maybe that will help them judge the next dirty hiker less harshly.

After eating, I made some phone calls, checked out the visitor center, and talked with a couple other hikers who had come south. They reported that the trail was pretty rocky and overgrown in the passage I was about to hike through, and that they had had enough and were going home. Not having the same option at that moment, I headed out. First up was a road walk along the highway, and then the trail took off up a hill and climbed, climbed, climbed away from the lake.

The hike out of the lake toward the Four Peaks wilderness felt lonely. Dark clouds built up on the horizon, threatening to send rain.

I only passed three people heading the opposite direction – a tiny young lady with beautiful blonde hair and giant calves who told me in a thick accent that the upcoming area is beautiful, and two guys hiking together named Johnbo and Thomas. They told me that a group of eight people were ahead of me who are hiking the Great Western Loop. I wondered where the heck eight people find campsites together, as the spots on this trail tend to be small and far apart.

I ended up finding a campsite at 4300 feet that was tucked into a ravine, and it was a little chilly. A full moon briefly filled my sliver of sky.

After I set up my tent and as I was enjoying my rehydrated dinner, I surveyed my surroundings and noticed a bunch of small holes in the ground around me. Soon, small points of light emerged from the holes and I realized that it was the moon reflecting off of the eyes of dozens of small spiders. Those holes were their homes! I’m not usually afraid of spiders, but even so…I retreated to my tent and made sure the zippers were closed tight before laying down to sleep.

One Reply to “Day 20: Lake Roosevelt”