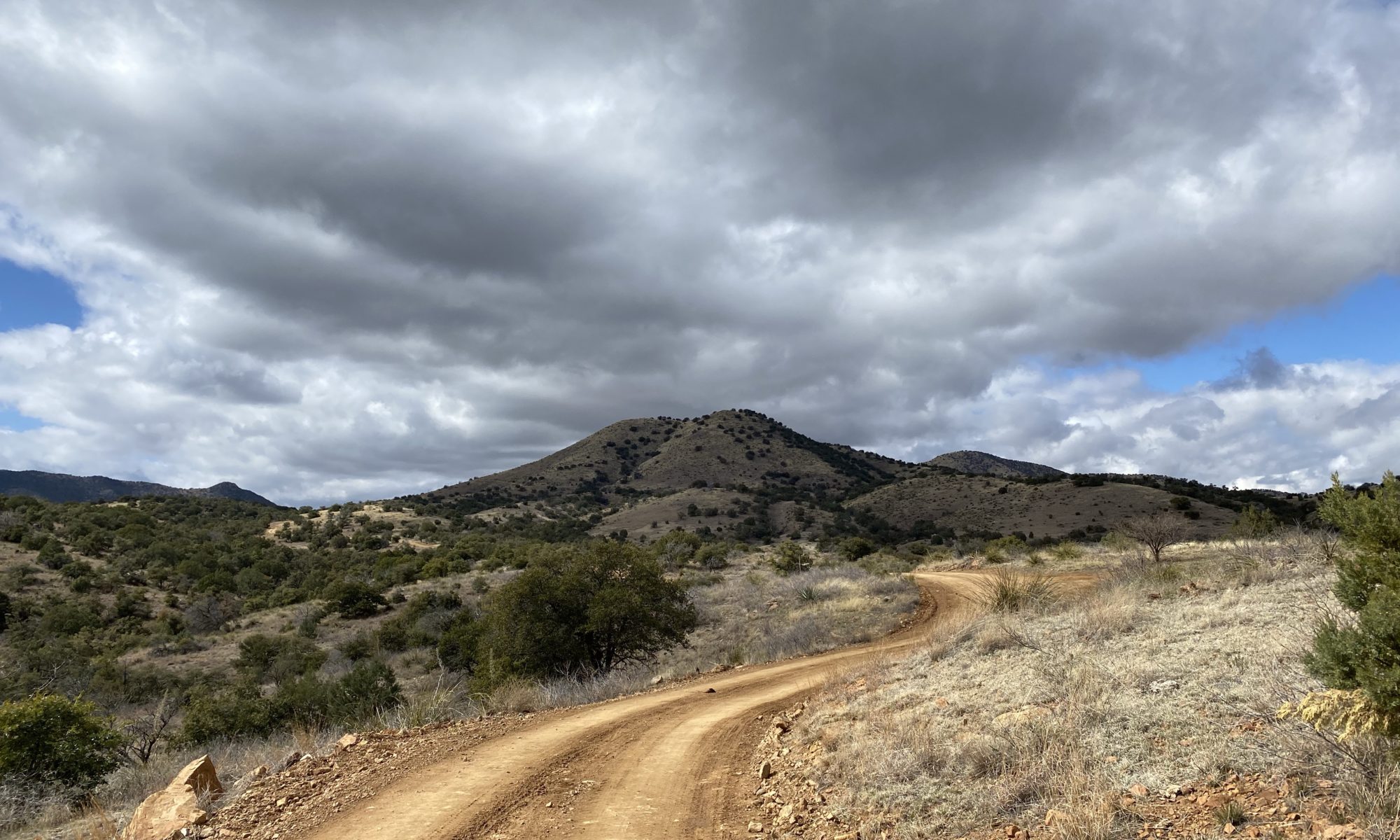 I was pretty amazed to wake up and find that my gear was fairly dry and I wasn’t horribly cold. It stopped raining before 8 pm the night before, and I had high hopes that today was going to be warm and sunny.

The walk out of Casa Blanca Canyon was beautiful, with so much water available in the little streams I crossed.

Speaking of water, that’s one thing that has been interesting to manage on this trail. Most of the documented water sources so far have been dry or algae-ridden stock tanks. Any streams are bunched close together in a short section, instead of being spread out throughout the day. It’s hard to know when the next reliable water that doesn’t have cow poop in it will present itself.

This stretch of trail wound through the Santa Rita mountains, in particular an historic gold mining operation. Explanatory markers and old, crumbling mining infrastructure broke up the monotony of hills filled with grasses, dead trees and cacti.

Around 11:30 am, the trail led to Kentucky Camp, which was built in 1904 to be the center of the gold mining business. After the mining company went bust, the property was privately owned, but it is now owned and operated as accommodations by the US Forest Service. Mustachio caught up with me shortly thereafter and the caretakers there let us use the picnic tables, running water and toilets while we stopped there for lunch. It is a hiker’s oasis!

After lunch, the trail resumed on dusty, rocky forest roads. The ATV’ers were out in force, it being the weekend, so a bunch of them would blow by occasionally. I was tempted to stick my thumb out for a hitch.

Dark clouds started rolling in and the wind picked up, making it seem like it was going to rain again. I looked south at the mountains I crossed over coming out of Patagonia, and it looked like they were getting dumped on again. I felt badly for the hikers who had decided to wait one more day…seems they didn’t catch a break there.

When it came time to start looking for a place to camp, the only reliable water source that showed up was a metal cattle trough. The bottom was covered in algae but the top was pretty clear, so I filtered enough water for dinner and breakfast tomorrow and tried not to think about what else may have been in there.

Mustachio arrived a few minutes later, with the same thought to camp by the water, so we set up in a nearby field and the usual nighttime routine commenced. We chatted for a while about our families and what we do in the “real world.” Then it was time to eat, get warm, type out some thoughts for a blog post, and sleep!